Educational program for exhibition “Estonian Footprint in Space – Footprint of Space in Estonia”. 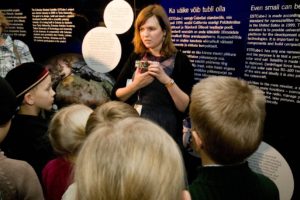 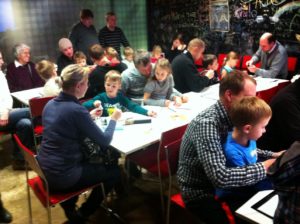 The program consisted of tour in the exhibition in method of active lecturing. Children were explained little bit of the history of exploring, the first Estonian student satellite ESTCube-1 and it’s work and location in real time in space. We were showing how much space debris human have done in space but also explained the problem with light pollution. Everyone could weight themselves in other planets and see the scale of Universe. We were admiring the pictures taken from space and talked about different types of satellites. Children were discussing how the satellites are affecting their everyday life and they were amazed how much they actually depend on the satellite systems. On the exhibition there was a wall full of meteorites where the different types were explained and they could also touch them. From the future different projects were discussed and we had a model of space hotel for seeing.

In the program of preschool children there were always examples from popular Estonian cartoons and fairytales to link the space and their knowledge. On birthdays we played through the launch of the rocket and there were more games involved. 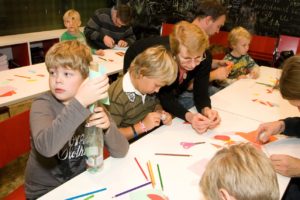 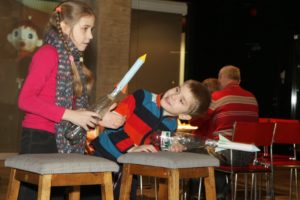 The program ended with the manual activity where children had to make paper rocket using paper, tape and scissors. The rockets were launched using simple method of  pushing air out of the bottle. Children loved the competition afterwards. If children were more competitive and they had a real inventor’s mind then the rocket was improved after testing – what happens when you add more fins to rocket or take them off, what shape is best for fins, where should they be situated and so on.

From this beloved educational program one of the souvenirs of TUT formed out. 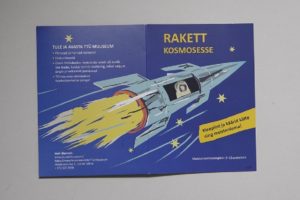 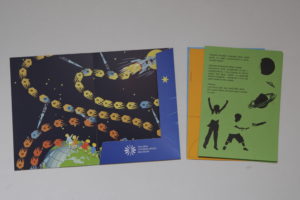