A Model of the Sound Screen of the Tallinn Song Stage 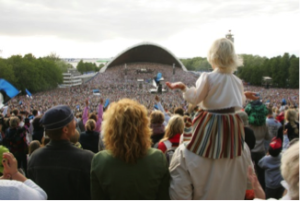 One day, architect Alar Kotli came to visit me at the technical university with a shy smile on his face and carrying a package under his arm. Inside the package was a 30-40 cm long model of the song stage made from cardboard, paper and thread. He explained to me that he had won the first prize in Tallinn, in the new song stage design competition, and now the Council of Ministers had decided to build the song stage according to his design. He asked me if I thought this was at all technically feasible. I said that I didn’t know. By that time, the suspended roofs had been used in many places around the world for several years, but all of them were supported with heavy reinforced concrete structural edge parts over the whole perimeter, which in turn rested on walls or columns. And now suddenly – one longitudinal edge of the suspended roof, the so called front arc with an opening of almost 80 m, should hang freely in the air. It seemed that it required support for itself. However I took some weeks to think. 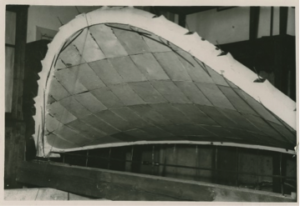 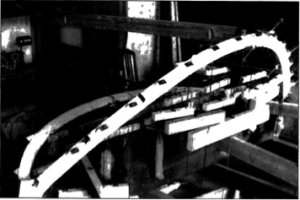 Testing the constructions with model, 1959.

In order to work out the conceptual design of the sound screen of the Tallinn Song Stage, model tests were carried out in the building constructions cathedra of the Tallinn University of Technology under the supervision of professor Laul. The model was built from the materials anticipated for the original, to the scale 1 : 25. During testing of the model, the internal forces of the cables were determined and evaluated more accurately. Also, it became possible to clarify issues related to the stability of the structure, regarding deformations and tensioning. After the cable net was covered with timber boards, the model was later also used for evaluating the acoustic properties of the screen. 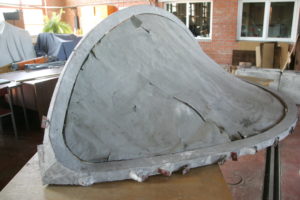 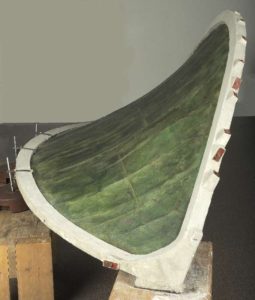 The model was found in spring-summer of 2010 at the former material laboratory of TUT in Kopli, where it had been forgotten for almost fifty years. In the same year, the restoring faculty of the Estonian Art Academy cleaned the paper covering of the screen-roof, repaired the torn areas and made local paint improvements with watercolours. The model was cleaned, but it still required restoration. In 2011, the model was taken to the restoration company Kanut, whose the experts began restoration of the model.

In 2014 team opened the model as exhibition in Tallinn University of Technology. It has a case that controls it’s humidity and special lighting for not ruining the delicate paper. 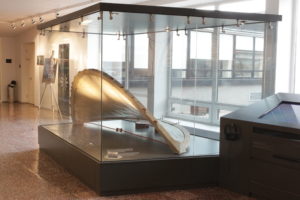 A Model of the sound screen of the tallinn song stage on the exhibition in TUT, 2014.